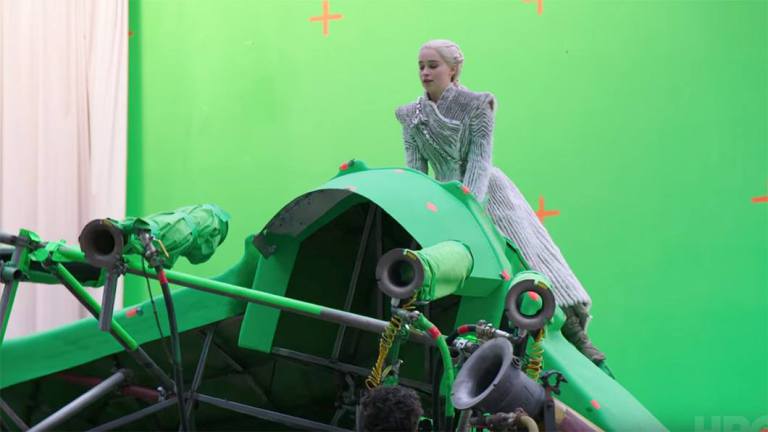 The 51stedition of the International Fantastic Film Festival od Catalonia has kicked-off this week and that is why we have thought it might be of interest to explain how the most spectacular visual effects present in films, past and present,work.

Before talking about visual effects, we believe it is convenient to explain the difference between these and special effects, as often media mix them and that strikes us as odd particularly in key dates like the Sitges Film Festival, when everyone is talking about the technology applied to the audiovisual industry.

On the other hand, visual effectsare the ones created after the shooting of the film. They are part of the postproductionworkand have incredibly evolved in the recent years.

The main features of visual effects are:

A clear example that may help us understand how visual effects work in the film industry is Matrix (1999), just the image below; or the one opening this post, where we see Emilia Clarke is riding a structure that will later be replaced by a dragon thanks to the visual effects at Game of Thrones.

Visual effects have their own identity and professionals in the 3D industry working with them must make clear the difference from that of the one carried out by special effects professionals. After all, they are completely different works.

If you are interested in visual effects, we kindly invite you to visit our portfolio where you can find all our projects in which, thanks to the great job done by forma’s team, we’ve made a step forward in the animation world.

Forma Disseny is a studio that offers 3D solutions through 3D infographics, renders, animations and virtual reality.
Our studio is in the center of Barcelona, Spain.