What are the keys for an excellent architectural visualization training course?

At forma, we have recently noticed that there are more and more people who consider taking a course on3D, so we want to, through our blog, take the opportunity to tell you about the key aspects that any future student should take into account to receive a successful architectural visualization training course. END_OF_DOCUMENT_TOKEN_TO_BE_REPLACED 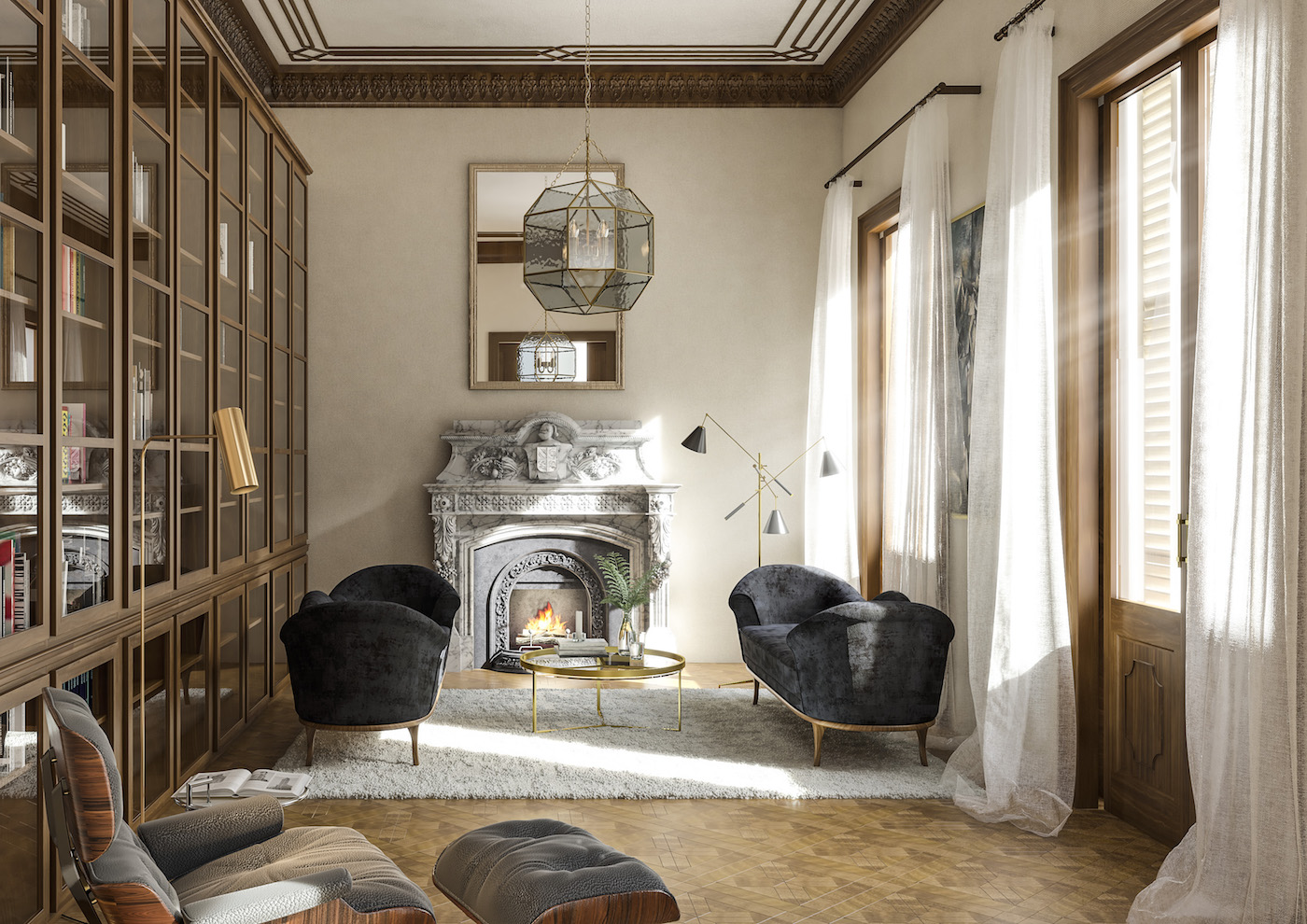 What are 3D infographics?

After the summer holidays, with “back to school” we have been discussing within the forma team what to write about in our blog this month. We have been thinking about it and finally concluded that, with the “back to work” in mind September is a good moment to refresh some concepts. END_OF_DOCUMENT_TOKEN_TO_BE_REPLACED

What are the main uses of virtual reality nowadays?

Virtual Reality is currently one of the most powerful tools within the 3D industry. The more capacity the teams and the technology have to develop more realistic and impressive immersive experiences, the more uses we find for it in diverse professional fields.

END_OF_DOCUMENT_TOKEN_TO_BE_REPLACED 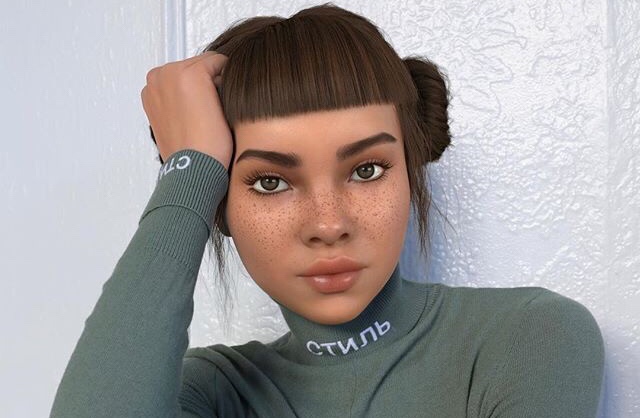 Can we humanize artificial intelligence?

Virtual reality and augmented reality are, nowadays, some of the greatest innovations in technology, allowing experiences that are more and more immersive.

END_OF_DOCUMENT_TOKEN_TO_BE_REPLACED

Now that summer has arrived it is the right moment to take stock of the projects on which forma teams have been working. It’s being an intense year, we’ve learnt a lot and have even surpassed our expectations. That’s the reason why we would like to take the opportunity to specially refer to formaCG’s team, our experts in visual effects and animation.
END_OF_DOCUMENT_TOKEN_TO_BE_REPLACED

Visual effects are the various ways in which images are created or manipulated in a context different to live shooting. They are 100% computer generated and are used to create a variety of effects in movies, TV broadcasts, spots, simulators and even billboards. END_OF_DOCUMENT_TOKEN_TO_BE_REPLACED

The virtual reality concept became popular by the end of the 80s thanks to one of its pioneers, Jaron Lanier. One of the most commonly accepteddefinitions of virtual reality nowadaysis the one given by the British Encyclopaedia, stating that this technology consists of “the use of modeling and the computerized simulation that enables a person to interact with an artificial three-dimensional (3D) visual or other sensory environment.”

When talking about virtual reality, we refer to an experience in which the user dives into an environment created by a computer, simulating reality by using interactive devices that send and receive information and are used as glasses, body apparel and gloves, among others. Thanks to virtual reality, for example, we may simulate that we are playing a tennis match in which Rafa Nadal throws balls to us holding his serv; or may walk through an apartment, still under construction, being able to customize the floor, walls or furniture we wish to see in each room. The fact that the user may 100% believe to be in a different placethan the one he really is, and still taking decisions in a real environment, is a revolution itself with more and more applications each day.

The virtual reality glasses are the biggest growing trend in current technology. Actually, whereas virtual reality used to be just one more accessory at technology fairs and events just a couple of years ago, the various existing glasses designsare now autonomous items and have become a product themselves, as we could see at the 51st Consumer Electronic Show(CES) that took place last January in Las Vegas.

For the time being, this technology’s limits are still unknown. Although it is clearly taking off and generating big business within the entertainment industry, it is also true that in fields such as tourism (virtual tours all around the world), retail (trying on clothes, furniture, etc.), education (immersive teaching, new pedagogic models creation, etc.) communication (new interactive narratives), medicine (in case of complex surgery with the corresponding recovery time reduction after the operation), manufacturing and art, the applicationof virtual reality enables the creation of new business and lets us all dive into completely new worlds.

Last but not least, we may state that this technology is the natural outcome of an evolution arisen in the last few years from the 3D industry. Despite the growing number of start-ups dedicated to virtual reality, forma counts on an in-house team working on this kind of projects, with no need to outsource any of our services. Our goal and philosophy is to deliver highest quality products to all of our customers; therefore, we believe it is important that all professionals directly belong to our team. We currently code the virtual experiences and 3D tours (as if it was a panoramic) for various platforms:  Oculus Rift, HTC Vive, Samsung GEAR, Cardboard and DayDreams.

In our next post, we will bring you the differences between virtual reality and augmented reality. 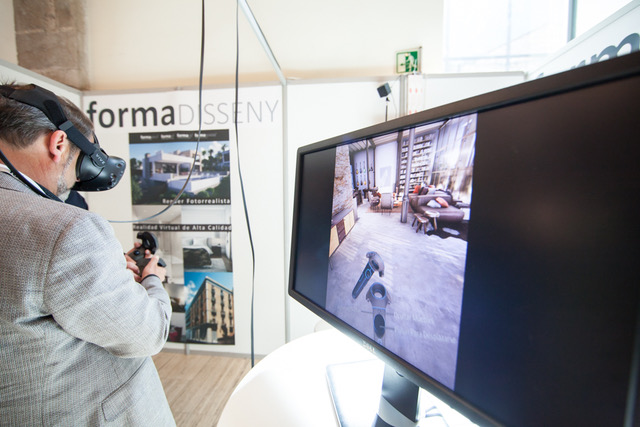 Next 23rd and 24th May forma will be present at InmotecniaRent 2018, the biggest Proptech event in Southern Europe. It will be the second time that the company attends the international fair focused on real estate developers.

The objective of the trade show is to attract all those companies within the real estate industry willing to discover the best way to apply new technologies and make a difference with respect to their competitors. This is in fact our commitment during InmotecniaRent 2018: to help you sell more with less effort.

You can find us at hall 1, booth E516, at Montjuïc venue. This year we will bring two virtual reality (VR) demos in which we will show pilot apartment models where you may freely walk through the most genuine parts of a house: the living-room, the dining-room, the kitchen, the bedrooms. Thanks to the HTC VIVE PRO glasses anyone visiting our stand will have the chance to enjoy a unique immersion experience: walk within a house as it had already been built. Can you imagine having a walk through your home before the first brick has been placed? What about trying different floors, wall colours or materials? That’s actually the magic we create at forma.

The technology we are presenting at Inmotecnia Rent 2018 is possible thanks to the joint work of a highly qualified in-house team, as we do not outsource any stage of the project. Our commitment to our team is part of our DNA: we offer full control over our work quality standards. We encourage you to pay a visit to our booth and check our team’s work. We are specialised in animations, 360º virtual tours, CGI infographics, microsite and print.

InmotecniaRent 2018 is the most relevant event on real estate innovation and it is a must-visit for any real estate agent. Time and the growth of the trade show have proved so, since the Real Estate Agents Association of Catalonia decided to initiate the adventure of attending the RENT fair in Paris, dedicated to real estate technology, back in November 2015. The constant growth of the event is due to more and more companies requiring the implementation of technological innovation processes to become more efficient. Plus, there is an increasing number of professionals aware of how technology applied to the real estate industry can help avoid unnecessary administrative tasks, reduce costs and accelerate sales.

The fair takes place at Fira de Barcelona and leads the way in Spain in the field of Real Estate and Proptech. Would you like to arrange a meeting with us? You can either call on +34 619 037 292, or send an email to jripoll@formadisseny.com or just leave us your details here and we will come back to you: [enlace landing de Mailchimp]. We will be more than happy to help you and show you our most innovative solutions to help you grow your business.

We love design and that’s why, at forma, we’ve merged passion and work since we started operating in 1997. We’re an organisation whose main goal is to represent ideas in a virtual way and we use the latest technologies to achieve it.

The four big brands of which forma consists are: formaARCH, formaCG, forma VR and formaSCHOOL, and their goal is to provide our customer’s projects with infographic solutions through 3D and virtual reality tools.

formaARCH focuses on realizing virtual projects of architectural visualization. We can carry out virtual representations of both outdoor and indoors spaces, thanks to a multidisciplinary team of 3D artists, animators, art directors and, of course, architects.

formaCG makes VFX special effects and Animation. Through this brand, we materialise our passion for telling stories. To make it happen, we use digital characters, visual effects and motion graphics. We have a leading role in all stories, from creating the storyboard to the final montage.

formaVR works on virtual reality and augmented reality. We build virtual and photo-realistic environments to evoke a total immersion of the viewers. We like to help you see another world come true.

formaSCHOOL is a landmark school in the field of 3D in Barcelona. Our over 20 year experience is indeed our best credential as experts in virtual representation of ideas. With us, you will learn how to become a qualified professional in the industry.

At forma, we were pioneers in 3D and today we are conscious of how virtual reality leads the way. We thoroughly work cross-discipline in architecture, engineering, medicine, education and advertising to move forward and become a benchmark in this technology.

forma’s blog starts today with the objective of becoming an open window to knowledge and  ideas exchange. We want to bring you to the virtual reality, special effects and animation world, letting you enjoy every piece of content as if you were sitting on your sofa at home.